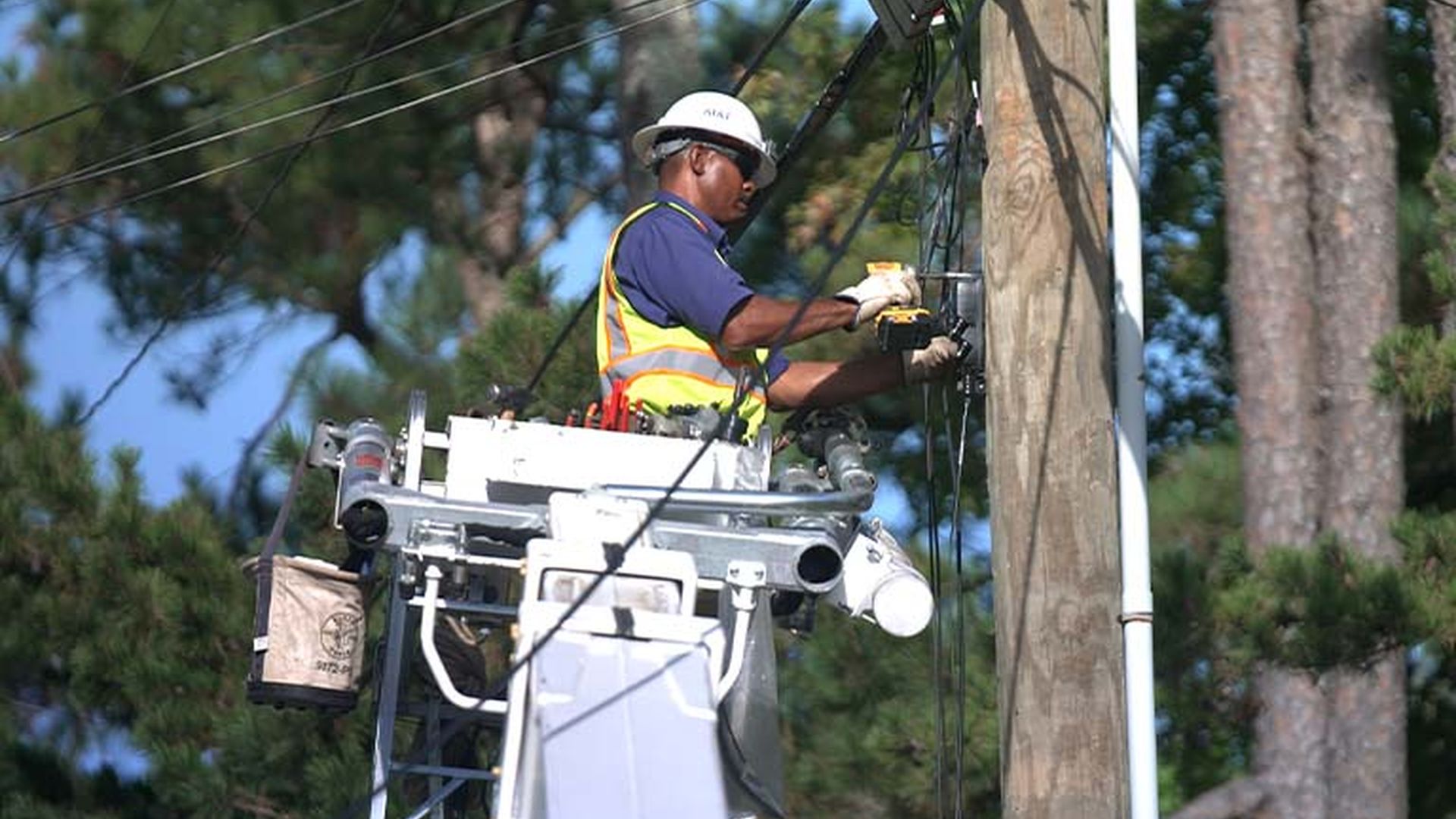 Aerial optical cable is suspended in the air from poles and/or support structures. Most often it is supported between poles by being lashed to a wire rope messenger strand with a small gauge wire.

The strand is tensioned to satisfactorily withstand the weight of the cable for the span length it will be used on plus any climatic loading such as ice, snow, and wind.

The objective is to keep the cable in as low a state of stress as possible while maintaining sag in the messenger and cable that is safe and within limits as prescribed.

Some cables carry their own messenger and get their name from their shape, Figure-Eight Cables. The messenger is in the top portion of the ﬁgure-eight which has an extruded over jacket.

The cable is supported from the messenger portion of the cable with a thin plastic web.

As with the lashed cable, the messenger must be properly tensioned to resist the expected loading while keeping sag between supports safe and within acceptable limits

The next type of aerial cable is an All-Dielectric Self-Supporting (ADSS) Cable with extra aramid yarn to provide its own support, eliminating the need for a messenger strand.

ADSS cable is often used to span large distances when being supported off power utility towers. It is also popular when used near power utility lines as distribution plant.

The ﬁnal optical cable covered in this article is a small diameter micro-duct cable. It has a cross-sectional diameter in the range from (6.0 mm) to 0.41” (18.0 mm) for cables ranging from 12 to 576 Fibres. Its cross-section consists of between 1 and 24 loose buffer tubes wrapped around a dielectric central strength member (CSM).

It is an all dielectric cable so bonding and grounding issues are more relaxed. In its present conﬁguration, it has a dry core and wet buffer tubes (ﬁlled with thixotropic water blocking gel). READ FULL INSTALLATION GUIDE