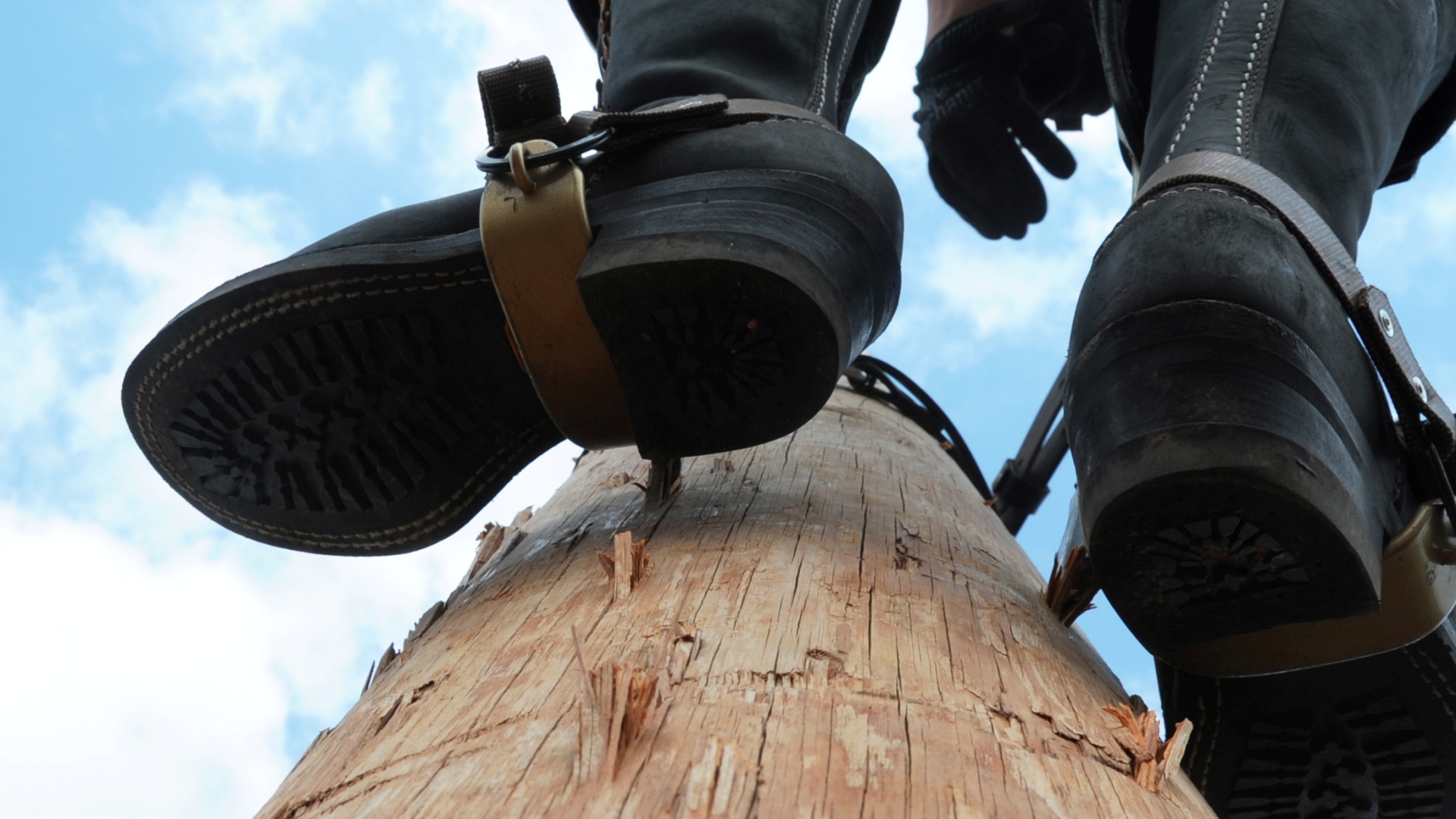 In order to supply electricity, communications, and the Internet to the public it is necessary to locate the facilities either in the ground or aerially. The utility workers who construct, install, maintain and troubleshoot the vast network of facilities located on poles face a particularly challenging task.

Unlike the normal construction jobs the line-worker must ascend and descend poles and spend anywhere from a few minutes aloft to many hours. Poles range from 30’ on up to 130’ and are located in cities and rural areas.

Different types of wood are used for the manufacturing and supplying of poles to the utilities. Certain characteristics are inherent in the poles and the types of treatment affect the surface of the wood and its ability to be either “climber friendly” or not.

Power, telecommunications, fiber optic, etc are all industries that require their facilities to be placed either in the ground or aerially on a pole. In order to construct, install, maintain and troubleshoot these network infrastructures it requires workers to be able to ascend, descend and work aloft on wood, steel poles and steel towers.

Climbing wood poles with industry approved climbing gear takes training and time in order to work efficiently in that type of work environment.

Climbing and working on wood poles is unlike any other type of job, it requires an ability to overcome heights, work in all kinds of weather, place your body in positions to work, lift and reach that in a lot of cases is almost impossible to be ergonomically correct. Additionally, in the case of power line workers they have to do all of those activities with energized lines.

There are some common misconceptions about ascending and descending poles that I would like to address. Throughout the industry the terms two and three-point climbing techniques are used to described the positive points of contact on the pole that the climber must maintain in order to climb effectively and most importantly “STAY ON THE POLE”.

The two-point climbing technique is a very dynamic method of climbing where the climber is ascending and descending the pole in a smooth manner, the same side of the body moves up or down the pole.

The right arm and the right leg move in conjunction with each other and vice versa with the other side. This technique allows the body to progress up the pole in a straight line, thereby eliminating side-to-side movement on the pole.

There are several reasons for climbing in this manner;

1. The climber will ascend and descend in a more efficient manner utilizing less energy.

2. The gaff angle will allow for optimal penetration into the wood.

3. Climber recovery, this means that once the individual becomes proficient utilizing this technique it is very rare that a catastrophic fall will occur.

Due to the body position even if one or both gaffs somehow become disengaged the body position is straight up and down allowing for the gaffs to cut back into the wood. The two-point climbing technique is the preferred method of climbing in the power industry.

It can be argued that actually there are three-points of contact in this method of climbing, however I believe that since the focus is on the climbing technique where the main emphasis at any one time is the simultaneous movement of one side of the body, that it is more correct to use the term two-point.

The three-point climbing technique is a very slow, deliberate and static method. This technique is deliberately slow to emphasize each and every movement that the climber makes. There are always three “positive and continuous” points of contact when climbing.

The preferred method of climbing and working aloft in the power line industry is the two point method. The three-point method is fine for the infrequent climber with minimal skills and who is not required to climb over 25 feet.

In the power industry typically, the shortest poles where facilities are installed are 35’. In addition to the height of the poles the power lineman must climb over every other facility since power is always located at the top of the pole.

This requires the type of skills that enables the climber to climb poles with conduit on it, over telecommunications, cable TV and fiber optic networks, cross-arms, guy wires, energized conductors and an assortment of high voltage devices such as transformers, capacitors, etc.

The two-point climbing method provides the climber with the ability to navigate these obstacles efficiently and SAFELY.

Extend Your Network With Outside Plant Cabling