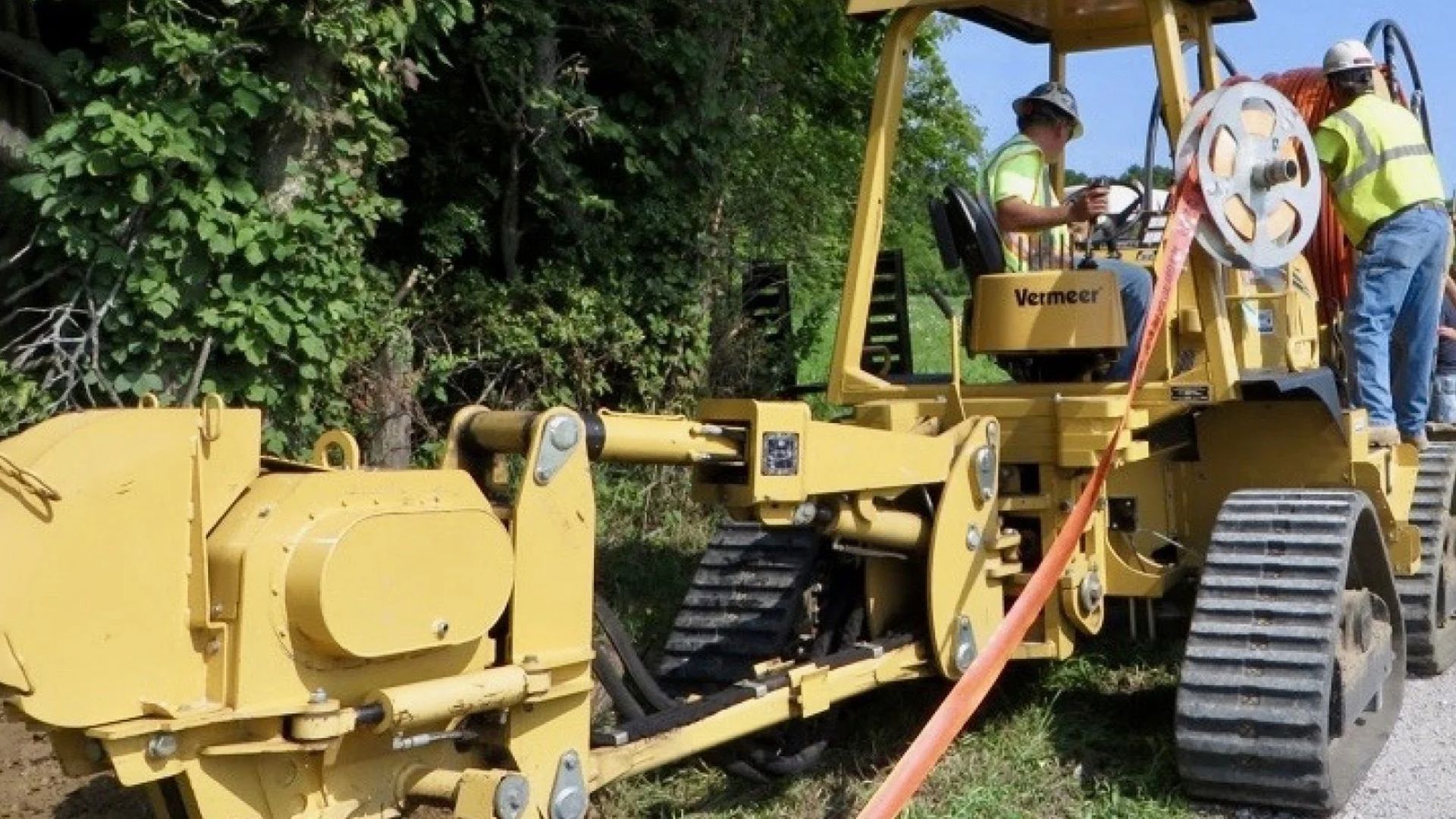 Buried plant is usually placed into a narrow trench or plowed directly in the ground. Sometimes a fiber cable is placed in an open trench with several empty sub-ducts for use when future service demands require more cable infrastructure.

The Direct buried cable placing methods described in this article are intended as guidelines. National, state, local, and corporate specifications, regulations, and industry recommendations normally take precedence over these. It is impossible to cover all the conditions that may arise during a placing operation.

Individual company practices for placing fiber optic cable should supersede any conflicting instructions in this article whenever they do not exceed the cable’s optical and mechanical performance specifications.

Construction of buried plant is popular because it provides three major advantages over other types of communications plant construction when used in properly suited areas.

Buried construction is well suited for use in the following conditions:

Special techniques such as directional drilling and boring may need to be used to cross roads, railroad tracks, or paved areas. Areas that have rocky or frozen soil may need to be pre-ripped in advance of attempting to place cable using a plow.

Buried cable is placed directly in the ground, without being encased in a conduit system. It is commonly placed with several feet of soil cover over the cable with the depth of cover depending upon the type of soil, surface loads, and applicable regulations.

Generally, one or two cables are placed in an open trench dug by a trencher or plowed directly into the soil.

If the cable is placed with a trencher, a narrow trench is dug and covered with a bed of fine granular soil, several inches thick to serve as a protective bed for the cable to cushion it from any sharp rocks at the floor of the trench.

The cable is then covered with the same granular material to a depth of approximately 6 inches. The granular backfill provides good cushioning of the cable with protection from stones that could migrate into the cable from years of surface loading and climatic conditions.

The remainder of the trench is normally backfilled with clean soil, usually the original soil excavated from the trench. The surface is compacted, usually, with a roller or flat plate soil compactor.

Occasionally, if the applicable construction regulations permit, a large rubber tire or track from a tractor mounted backhoe or trencher is run over the backfilled trench to compact the soil.

Plowing is often used to place buried cable. The process is well suited for some soils, such as granular, rock free soil. The plowing operation usually requires a large tractor type vehicle to pull the plow through the soil.

The tractor is usually a large diesel powered, tracked vehicle, although rubber tires are used on some vehicles.

The plow share must be properly designed to feed the cable through the share and into the soil without violating its minimum bending radius.

The share must provide a smooth entry for the cable and no sharp edges to damage the cable. Most plow trains are arranged with the front end of the tractor modified to carry the cable reel.

The cable is tended by an operator to feed it into the top of the plow under zero tension.

If plowing is attempted in difficult soil, it may be necessary to use a second tractor, in tandem with the primary tractor power unit. Rocky, frozen, or poor quality soils may need to be ripped in advance of the plowing operation.

Buried optical cable needs to have a robust design to resist damage during its service lifetime.

Since buried cable is generally laid in the trench or placed using heavy machinery, the difference in cable handling due to the jacket stiffness is not too significant during cable placement, but will be noticed during reel handling and splicing operations.

Armoring is recommended for standard size buried fiber cables. Depending upon the quality of the soil and the amount of rocks encountered, it may be necessary to use an armored dual-jacket cable as opposed to a single-jacket armored cable. READ FULL INSTALLATION GUIDE

Design And Deployment Of FTTH Access Network Based On GPON